Maida Vale Library hosted a full programme of events for children during half term.

There has been an ongoing treasure hunt to find spooky Halloween characters hidden around the library.

On Monday we had two really well attended sessions for our popular rocket making session in the morning and again in the afternoon – more than 80 children and adults came along.

On Tuesday we hosted an Elmer Day event. A bit late I know (or early as they’ll be another on 26 May 2018), but better late than never! The children listened to some stories about the multi-coloured elephant, played a game, then coloured in pictures and elephant ears and made an Elmer model. 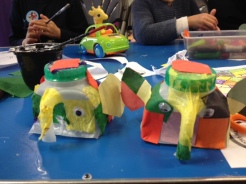 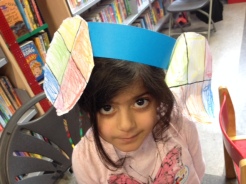 On Thursday we were making spooky puppets from felt in the morning and afternoon and again and we were joined by over 100 children and adults! Hopefully everyone had a great time and I was ably supported by volunteers Lisa and Khaleda, so a big thank you to them.

There was also time for sharing stories, so something for everyone.

PS – if you’re interested in volunteering with us, we have more information here

Drama, music, suspense, storytelling and so much more were on offer on Tuesday 4 July at Church Street Library for French Culture Day.

And the pirates’ treasure was found!

French Culture Day kicked off in the morning with Institut français’ Anna Orford and her wonderfully eclectic under 5s storytelling session (in French and English) with songs, suspense and French book prizes (and the treasure was made of chocolate!).

There was a treasure hunt, later on in the day, for children aged 5-10, followed by a French class for adults. Altogether, more than 135 people joined us on the day.

I would like to say a  massive heartfelt thank you to our irreplaceable French Club tutors/volunteers Elodie and Tissam. They prepared the treasure hunt (clues, images, prizes etc) and adult lesson plan for the French class.

Most importantly, Elodie established a partnerships with King Solomon Academy’s French teacher, that was a great help as the teacher and two of her Year 13 pupils helped with running  the treasure hunt. This will hopefully lead to further joint events. I honestly couldn’t have done this without them!

Last but not least, Emmanuelle from Institut français kindly donated boxes of French books (which we also used as treasure hunt prizes) for the French book sale and the books sold very well. Oh and she said, let’s do this again around Christmas time!

A brilliant half term

Maida Vale Library hosted several lively craft sessions during the half term week last week. All week we had a hunt for children’s book characters which were hidden all over the library. 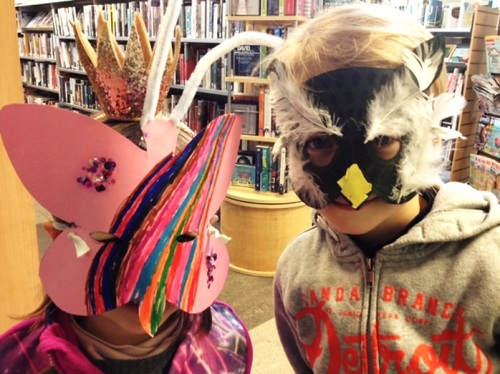 On Monday we had two sessions of mask making with some lovely animal masks.

On Wednesday it was time for Rubbish Robots which was very popular at both sessions with some fantastic results. 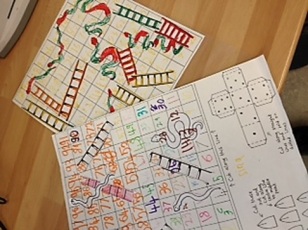 On Thursday the children made their own Snakes and Ladders games and also we had a session with the badge making machine.

A good time was had by all! 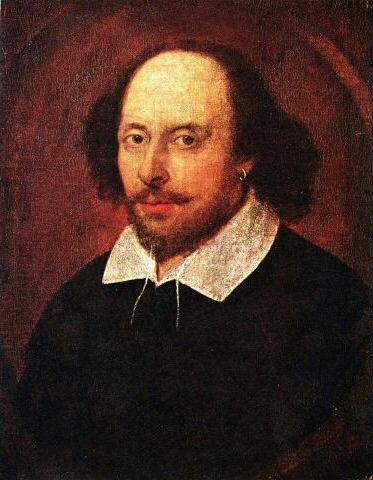 Westminster Libraries’ users, unless they’ve been living under a rock, will know that today is the 400th anniversary of  William Shakespeare’s death. Quite a lot of us probably think of it as his birthday too though that is a little more dubious. We know he was baptised on 26 April 1564 and it is usually assumed that he was born three days before though there’s no hard evidence for that, or for very much else about his early life.

If you want to know more, read Bill Bryson’s excellent short book Shakespeare: the world as a stage which goes through the established facts we have about his life (surprisingly few – we can’t, for example, be sure where he went to school, only that he picked up some education somewhere, presumably in Stratford). But while you’re celebrating the Bard,  possibly by watching a live broadcast by the Royal Shakespeare Company, spare a thought for some of the other figures whose anniversaries are overshadowed by Will’s. 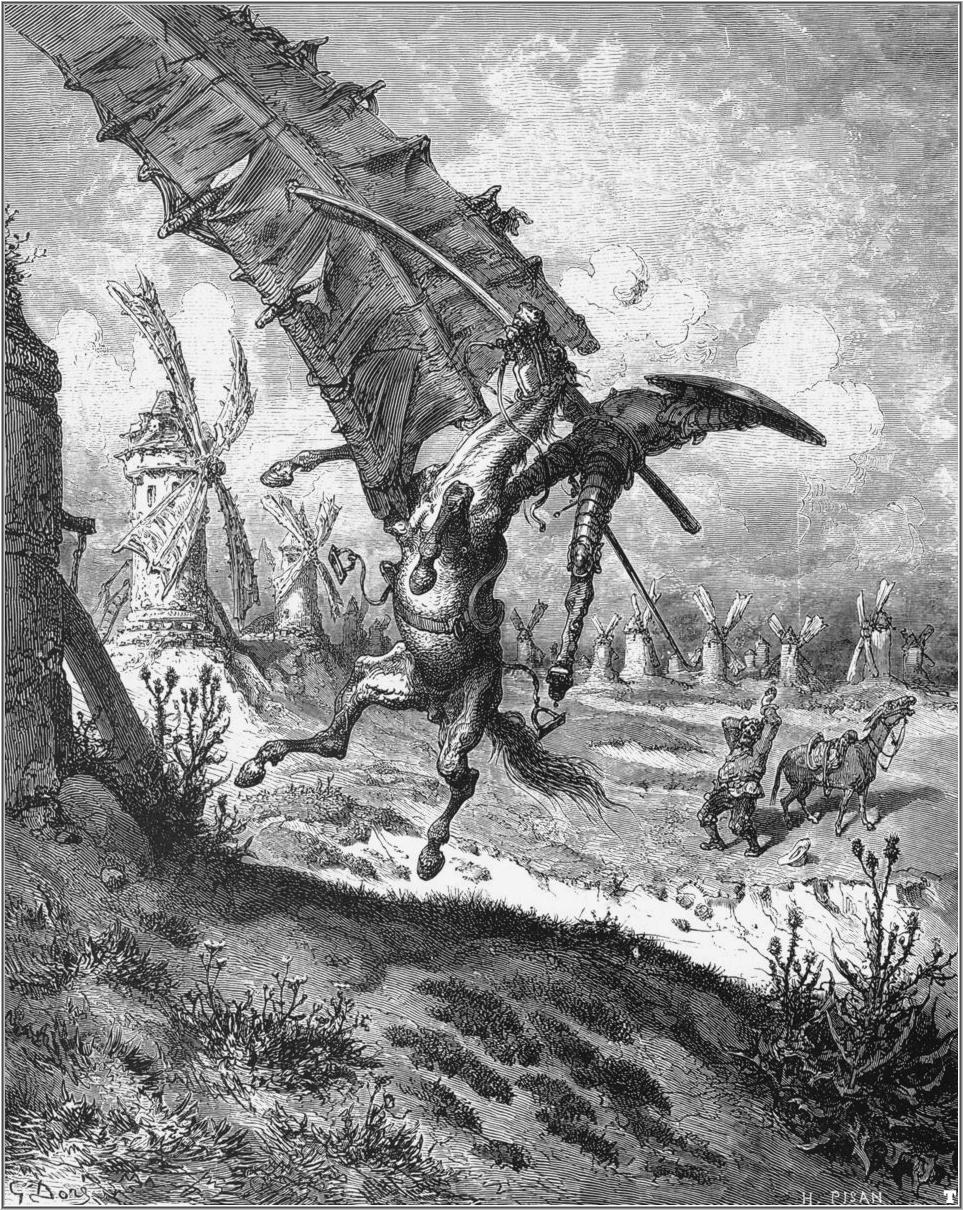 Top of the list is Spain’s most famous author Miguel Cervantes, who died on the same day as Shakespeare.

Cervantes’ greatest work, Don Quixote, is often called ‘the first modern European novel’ and tells of an elderly knight who is obsessed with tales of chivalry and who, after many adventures with his squire Sancho Panza, is bemused to find he has become a famous fictional character himself.

Don Quixote has been played in films and television by actors as varied as Boris Karloff, Peter O’Toole and Andy Garcia, though the book tends to defeat all but the most determined readers (the most famous incident, that of Don Quixote tilting at windmills comes a few chapters in). Why not resolve to be one of the elite who has actually read it?

A less well-known figure from the arts whose birthday we celebrate this week is composer Dame Ethel Smyth who was born on 23 April 1858. As well as several well-regarded operas (the most famous of which is probably The Wreckers, a tragic story set in eighteenth-century Cornwall) she composed the  March of the Women, the unofficial anthem of the votes for women movement which you may have heard on the soundtrack to the film Suffragette. Her activities for the movement even lead to her imprisonment for window-smashing. She was visited in Holloway by the conductor Thomas Beecham who watched a band of women singing the March in the quadrangle while its composer conducted with a toothbrush from her cell window. For more on this remarkable woman and to listen to some of her works (including a better sound recording than the one used for the video below), check out our online music resources.

Another figure from the arts who shared a birthday with Shakespeare was the  cinematographer and film director Ronald Neame who died in 2010 at the grand old age of 99.  His father Elwyn was a Bond Street photographer and occasional film director and his mother Ivy Close was a bona fide silent star (who received the ultimate accolade of a mention in an episode of Downton Abbey, perhaps not entirely coincidentally produced by Neame’s grandson Gareth) . Neame’s career started young – he was assistant director on Alfred Hitchcock’s first talkie Blackmail and continued until the 1980s, taking in I Could Go On Singing, Judy Garland’s final film and perhaps his most famous work, The Prime Of Miss Jean Brodie for which Maggie Smith won an Oscar.  In his 90s he wrote an autobiography Straight from the Horse’s Mouth which is as pleasingly gossipy as one could wish. 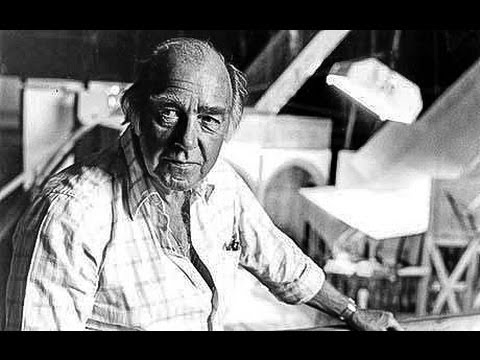 For those who prefer deathiversaries to birthdays, why not commemorate the death, on 23 April 1975, of actor William Hartnell, best known as the First Doctor. Hartnell was born in St Pancras to an impoverished  single mother who managed to get him a place in the famed Italia Conti Stage School (attended by Noel Coward and Gertrude Lawrence a few years earlier). At 16 he left and joined the famed Frank Benson company which specialised in touring productions of Shakespeare. He soon turned to films, mostly in serious roles either in gangster films such as Brighton Rock or as NCOs – you’ve probably seen him in the title role in Carry on Sergeant (a role he more or less repeated in the long running sitcom The Army Game). But nothing in his 40 year career matched the success of his three years as the curmudgeonly eccentric  time traveller. It was a a role he loved and he attracted a huge personal fan mail.

You can find out more about Hartnell’s life in the biography by his grand-daughter Who’s there? and in our newspaper archives and  the Oxford Dictionary of National Biography (log in with your library card number) . Also check out some more clips of his acting on another  birthday celebrant – Youtube which is 11 years old today! 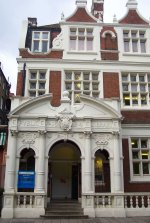 The evening kicked off with drinks and canapés for 120 people at the Grosvenor’s head office. Participants were sent off with a map and a series of clues to hunt for treasure in the mean streets of Mayfair. The Millennium Hotel was hosting a “pit stop” for the journey serving tea, coffee and savoury snacks.

The final destination was the Porsche showroom on Berkeley Square, where Porsche kindly offered their space to host a buffet dinner and an auction. There was also a band and prizes for winners – and even for losers.

The Daniel Benisty Band performing at the Porsche Centre

This was a great opportunity to bring residents and local businesses together.

Prizes were kindly donated by local businesses such as The Beaumont Hotel, the Connaught Hotel, Watches of Switzerland, Le Gavroche, Thomas Goode, Langan’s Brasserie etc… (too many names to mention!)

This was an amazing night and it is estimated that the Friends of Mayfair Library were able to raise £10,000 through ticket sales, donations and the auction. The money raised by the Friends will be used to pay for a range of initiatives to promote literacy and also to extend the range of library activities for the people who live and work in Mayfair.

Thank you to all our sponsors, donors and supporters.