A brilliant half term

Maida Vale Library hosted several lively craft sessions during the half term week last week. All week we had a hunt for children’s book characters which were hidden all over the library.

On Monday we had two sessions of mask making with some lovely animal masks. 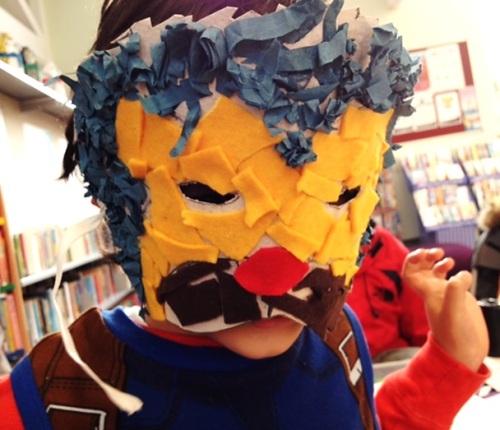 On Wednesday it was time for Rubbish Robots which was very popular at both sessions with some fantastic results.

On Thursday the children made their own Snakes and Ladders games and also we had a session with the badge making machine.

A good time was had by all!

From millinery to potions via snakes and ladders. All in a day’s work. 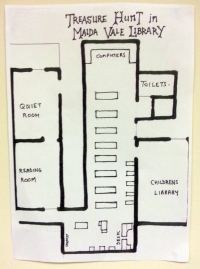 Maida Vale library was a real hub of activity during Half Term! We held seven events across the week that attracted lots of enthusiastic and creative children.

Two separate sessions on Monday saw children and parents alike making maps inspired by the Hobbit. Then the children were invited to seek out numerous cut-outs of the characters from the film and book hidden around the library.

On Tuesday afternoon, Athen, a Greenpeace volunteer, ran a workshop where young people designed a “Flag for the Future” with a message of peace, hope and community to be entered into a global competition where the winning design will be taken to the North Pole!

Wednesday saw a return to the Hobbit theme with a morning and afternoon wizard hat making workshop, which turned the children’s library into a milliners’ work place. Eric was also serving his own magical potions concocted from ingredients such as Snake’s Sweat & Gargoyle’s Boils, which thankfully just turned out to be unusual mixes of healthy fruit juices. And a dash of spinach… 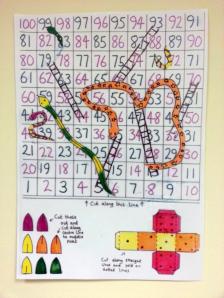 On Friday children got the chance to make their own snakes and ladders boards, which we then laminated. All the sessions were a great success with nearly 130 children and 100 adults turning up. Luckily we had a Paddington Academy student doing work experience and two other teenage volunteers who showed a lot of enthusiasm and helped enormously with the events.

Now, what shall we do for the Easter holidays…?