One of the main reasons for starting this blog was that there was so much to tell – as the very first post said: “It’s about the life of the Libraries & Archives”. There are so very many facets to a public library service; I wanted to help bring more of what we can offer into the light.

After eighteen years in Westminster Libraries (a brief interlude in comparison to the tenure of Malcolm and many others, of course), I’ve rounded up a selection of wonderful things and, with apologies to Rodgers and Hammerstein, persuaded my library-fan children to spare you my singing voice.  As I move on to pastures new, one of the things I will miss the most is editing this blog (I look forward to being a reader from now on). It’s been a privilege. 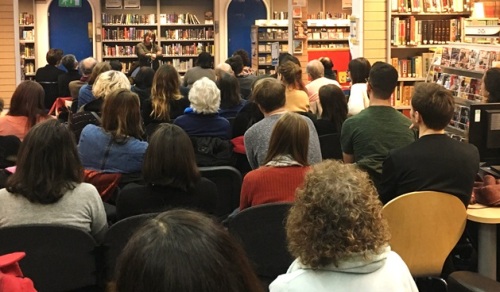 The audience was enthralled for the whole 45 minutes of Ali’s talk in Charing Cross Library. She gave a fiercely intelligent, passionate and valuable insight into the role libraries play and why we need them so much, as well as how she came to gather the material for her book Public Library and other stories.

After the talk, she signed copies of her books that people had brought with them. A fantastic evening. 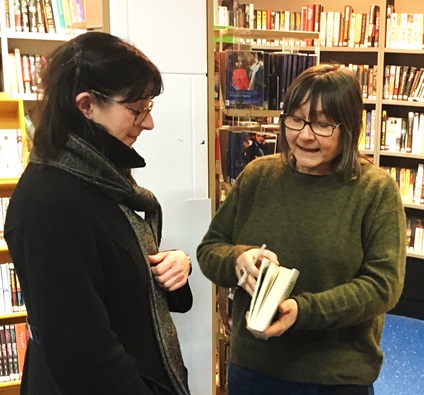 Who Lived Where: The London Blue Plaque Scheme 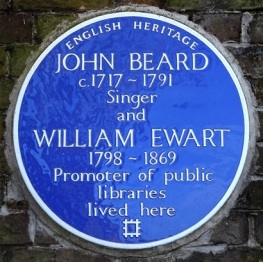 With over nine thousand plaques mounted on buildings scattered throughout the capital, the London Blue Plaques scheme is well known. In some streets of central London, almost all the buildings display a plaque, or even more than one. What you may not be aware of is that the interesting scheme celebrates its 150th anniversary this year. Here’s a short history:

William Ewart, a Liberal MP, suggested that the government should start this scheme to honour significant London residents in 1863. The idea was rejected due to cost, but three years later in 1866 the Society of Arts (later the Royal Society of Arts) took the scheme on. 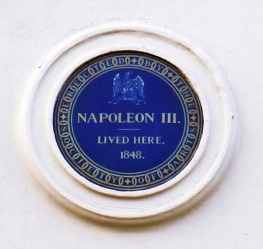 The first two plaques were erected in 1867. The first commemorated the poet Lord Byron at his birthplace, 24 Holles Street off Cavendish Square, but was later destroyed with the demolition of the house. The second plaque in Kings Street, St James was erected to the exiled French emperor Napoleon III London residence.  This has survived.

William Ewart is in the select group who are commemorated with more than one plaque. English Heritage, the current custodians of the scheme, now restrict the scheme to a single plaque per person however many addresses that individual had. William Ewart is commemorated in central London but also his former house which is now Hampton Public Library in south west London (see picture above). This is a particularly fitting commemoration as, whilst an MP, William Ewart introduced a bill that became Britain’s first Public Library Act setting up a network of free public libraries.. 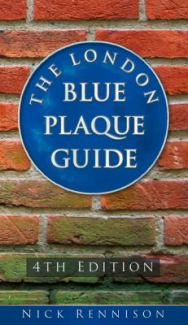 I think it is fair to say that for many years this scheme has favoured establishment figures and there has been a definite bias towards males. Currently only 13% of the total commemorate women. Recognising this, English Heritage is making concerted efforts to get proposals from the public for female candidates.
Westminster is home to plaques for several ‘non-establishment’ figures, including Crimean war nurse Mary Seacole and, unusually, one commemorating an event rather than a person: The Cato Street Conspiracy, which was a plot to assassinate the Prime Minister and Cabinet in 1820. 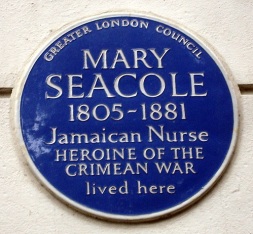 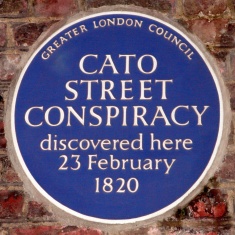 Biographical details for these and other blue plaque entries can be found on the English Heritage website. You can find out more in one of the many Blue Plaque guides available from your library. However, for a more comprehensive, detailed biography why not use your library membership to consult the Oxford Dictionary of  National Biography online? Nearby, Kensington Central Library also holds a Biographies special collection of approximately 80,000 books, to which annually over 1,000 new titles are added.

23 April, as well as being Shakespeare’s (Smyth’s, Cervantes’, Neames’ and Hartnell’s) anniversary, is of course World Book Night.

Westminster libraries joined in the fun, with free copies of several of the WBN titles being given out at six libraries.

Paddington Library‘s World Book Night event tied in nicely with the Shakespearean theme, as author Barrie Stacey‘s background is the theatre. Barrie gave a humorous account of his life in the theatre world, including the many famous people he met and got to know over more than fifty years. He also talked about his latest book Love in the Afternoon, which is an entertaining and original novel about love, a failed marriage followed by a late flowering of romance. 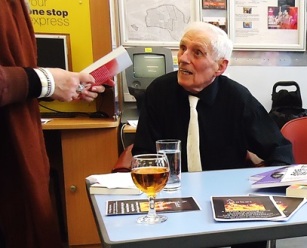 The audience were really taken by Barrie’s interesting and varied real life and were delighted to buy signed copies of his novel having met the author, as well as receiving free copies of Elizabeth Buchan’s novel I can’t begin to tell you, set in Denmark  during the second World War.

The situation in Ukraine is one which is really not well known in the west, which is why Tim Judah’s talk on his book In Wartime at Victoria Library was so enlightening. It was great to get the information direct from someone who was actually on the ground as the civil strife developed and his insider knowledge really came through.

The talk was punctuated by images taken from the ground and Tim offered some excellent insights into what life is like for people in Ukraine. The talk led into quite a lively political discussion and it was great to have so many people with such a clear interest in the current strife participating. We felt especially privileged to have Tim with us for World Book Night when we realised his next appointment was in Kiev!

There was one last World Book Night gift to come… We were delighted to receive free copies of Bailey’s Prize winning author Ali Smith’s Public Library and other stories, along with a letter passing on her thanks for the “brilliant work of librarians across the UK”. Thanks for your support, Ali! You can find a copy of Public Library in every library – borrow or reserve a copy now. 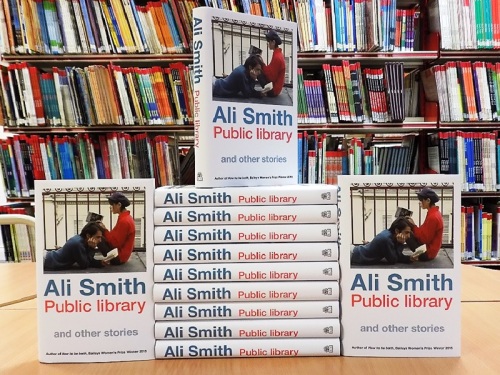