Westminster Music Library has a brand new Early Years Music Collection. This unique collection of free music resources for the under 5s, the only one of its kind currently available in a UK public library, has been specially created to support young children’s musical development. 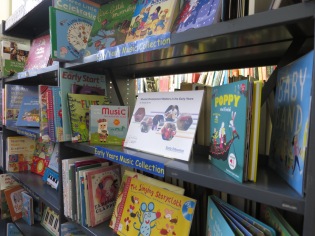 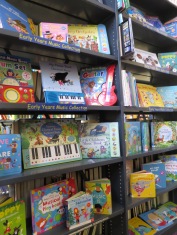 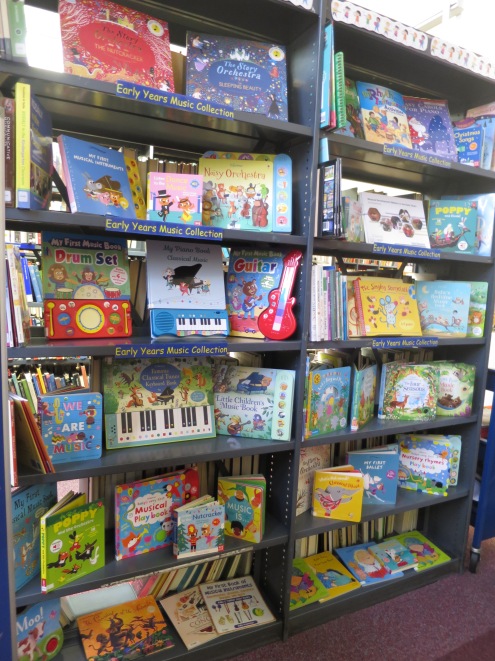 Research shows that exposure to music can improve children’s ability to learn, their cognitive development, it promotes group learning, social skills and cooperation. Besides a huge variety of musical books and sound stories for babies and toddlers, the collection offers early years books about music for parents and carers, and teaching resources for early years music practitioners. 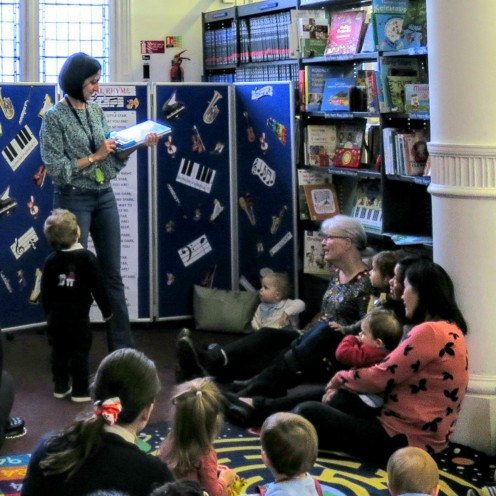 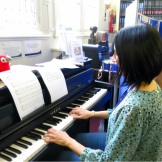 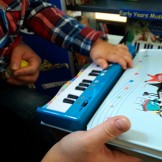 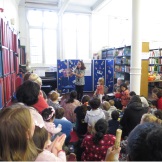 This new collection was celebrated at the library with a sparkling musical rhyme time and craft making session – which was loved by the children and their parents and carers!

Astronomy Month: Stars in Your Eyes

September is Astronomy Month at Westminster Reference Library with free events each week and telescopes for loan; more information about everything that’s happening on our website 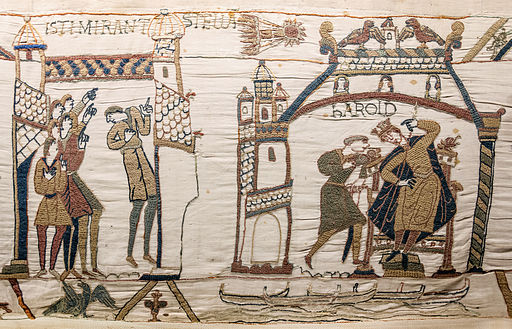 They wonder at the star

This is the earliest picture of Halley’s Comet, made at a time when comets were bad omens. In 1066, it was visible from  24 April to 1 May, a few months after Harold’s coronation on 6 January, and before his death and defeat at the Battle of Hastings on 14 October.

Edmond Halley (1656 – 1742) astronomer and mathematician, was the first to compute the orbit of this comet and accurately predict its return in 1758. Halley was a frequent visitor when Sir Isaac Newton lived in the house which was on the site of the library from 1710 – 1727.

Did you know the library has a specialist Fine Arts Collection on the first floor? You are welcome to explore our books on this early medieval masterpiece, from a contemporary account to recent research:

Bayeux Tapestry and the Norman Invasion, Introduction and Translation from the contemporary account of William of Poitiers by Lewis Thorpe, London 1973

Wolfgang Grape, The Bayeux Tapestry: monument to a Norman triumph, Translated from the German, Munich 1994

Carola Hicks, The Bayeux Tapestry: The Life Story of a Masterpiece London, 2007

Library staff are happy to help you to find these and other books in the collection.

Not sure where we are? Westminster Reference Library  is off the south side of Leicester Square, behind the main wing of the National Gallery.  For more information, telephone 020 7641 1300.

This year’s Summer Reading Challenge launches in our libraries tomorrow, Saturday 14 July. The challenge is fun, free and designed for all children whatever their reading ability and it’s been designed to help children to improve their reading skills and confidence during the long summer holidays.

Children can read whatever they like for the challenge – fact books, joke books,
picture books, audio books or you can download a book,  just as long as they are borrowed from the library. 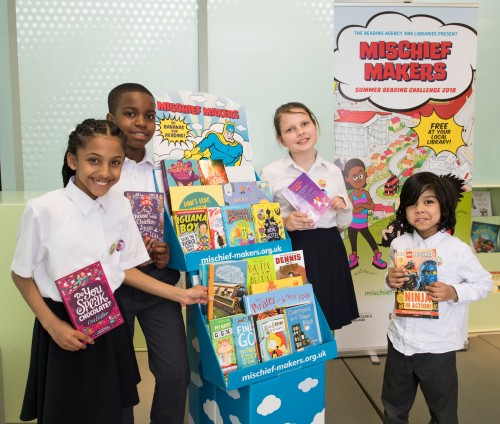 This year’s Summer Reading Challenge is called Mischief Makers – Dennis the Menace, Gnasher and friends invite the children taking part to set off on a hunt for Beanotown’s famous buried treasure. 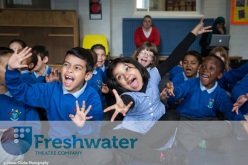 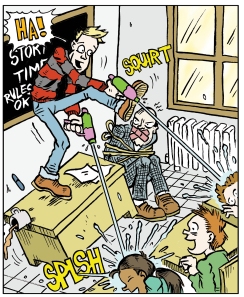 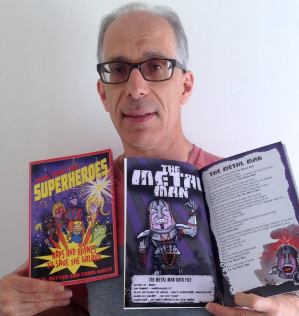 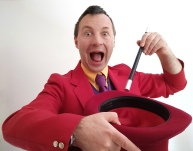 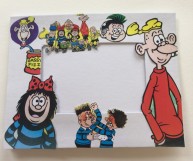 Each of our libraries will be holding special events for children of all ages, some of these are listed now on our website  Pop in to your local Westminster library to find out more about the Summer Reading Challenge and collect a special  events programme.

Celebrating ‘The Muse’ by Jessie Burton

Last month, as part of the Cityread London celebrations Church Street Library had an amazing day full of events. Over to the staff there to tell us more –

Friday 18 May 2018 saw the three Church Street Library book groups come together to discuss this year’s Cityread London book ‘The Muse’, set against the theme of art and Spain and London. 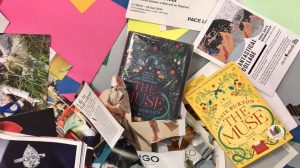 The ESOL group, bibliotherapy and monthly book groups plus other customers took part in a lively discussion on the book and its themes. The book is set in 1936 Spain and 1967 London and follows the story of Odelle Bastein from the Caribbean trying to solve the mystery of the painting that her boyfriend Scott has inherited from his late mother. The story reverts to 1936 and covers how the painting came to be – and follows the story of Olive Schloss in pre-civil war Spain. The story follows one of the rebels Isaac Robles and his sister Terese, and how their lives are entwined with Olive and her family. All is not as it seems in the household.

The readers taken on a journey of many twists in the story until it concludes with Odelle never really knowing the whole truth. The story reflects on how women were suppressed by the age. Olive wanted to go to art school but at this time, women were still much the second-class person.

For many of the group, English was not their first language and they rose admirably to the challenge of reading the book. Everybody took part in the discussion and everybody’s point was valid. The consensus was that the book was very enjoyable. For those who had read Jessie Burton’s previous book,
‘The Miniaturist’ this was a different style but equally as good.

After the discussion, the ‘Showroom Gallery’ courtesy of Terese and Anna held a fantastical collage montage around the themes in the book. The group developed their own style of art – some using the characters/themes in the book, others using their imagination. Everybody had great ideas and it was fantastic to see all the groups working together producing some great images. 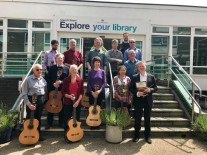 From  midday, the groups were treated to an infusion of Spanish guitar music from the members of the London Guitar Orchestra and their conductor Tom Kerstens. The library was enchanted with the sound of guitar strings humming the air transforming the audience to a warm sunny Spain. The orchestra played six pieces, which showed their skills and took your breath away, and it was with great sadness when they finished after 30 minutes. The amateur group meet once a week to play, in Central London.

Overall it was a great morning of discussion, art and music that was enjoyed by all and we would love to see happen again. Roll on next year!

We must offer a big thank you to Joy Fromings, and her orchestra for giving their time free to perform and to Theresa and Anna from the gallery, without them the event could not have taken place.

Free Comic Book Day is an international celebration of all things comics – taking place on the first Saturday in May – tomorrow – it is a day where new titles are released and shops offer a giveaway of free issues – our libraries are taking part, courtesy of those lovely folks at Forbidden Planet 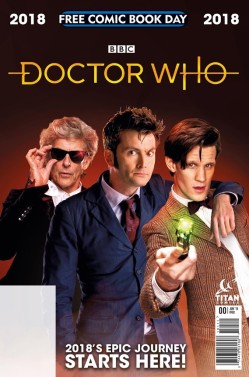 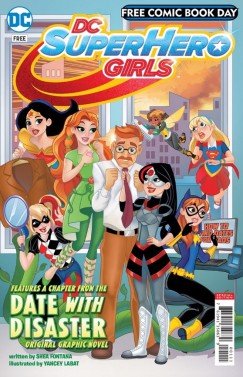 The day is perfect for both collector fanatics and those who are picking up a comic for the first time.

We will also be hosting two special events on the day –

St John’s Wood Library – make superhero masks and stick figures, 10.30am to 12pm . This free event is open to children of all ages.

Maida Vale Library – learn how to draw your own cartoon characters, 2.30pm to 4pm. Free event which is suitable for children aged 5 and over.

Queen’s Park Library – create your own mini comic, a superhero (or a super-villain!) and we’ll display the best, 2pm to 4.30pm. This free event is open to children of all ages. 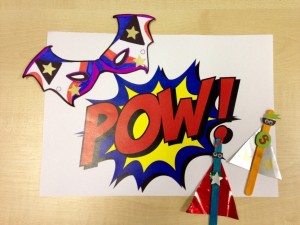 Explore all this and more at one of our libraries and don’t forget to ask staff for your free comic book. We have three titles to give out, while stocks last – head on in before missing out. You’ll discover characters from the DC Universe including Superhero girls, Doctor Who, plus look out for the exclusive DC Nation!

Why not also check out the graphic novel selection? or the new release DVDs available while you are there and see what else your local Westminster  library has to offer?

If you live within the M25 you may have come across Cityread London. If not, then this is your chance to take part in the biggest annual reading event in London, for Londoners and about London. As the organisers put it:

This event is in its seventh year and for the first time will take place in May, rather than April. Each year, a different author and book are chosen and this time it’s the turn of Jessie Burton and her second novel ‘The Muse’. Many of you may remember her wonderful debut work ‘The Miniaturist’ which was broadcast as a BBC TV drama last Christmas. 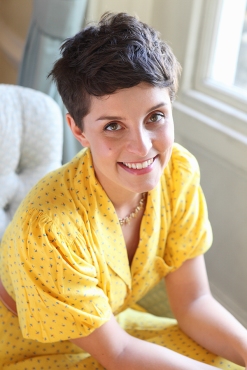 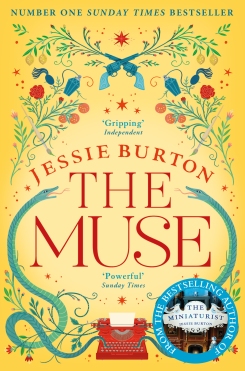 We encourage all of you to read this year’s book and take part in the conversation. You may like to join one of our many book groups that are taking part this Spring. You can find details of our groups here

Not only that, May will be packed with events related to the themes of the novel, which are many and topical: live jazz band performance plus talk on the jazz clubs scene of 1960’s Soho, talks on the Spanish civil war, swinging Sixties, the changing role of women, immigration and its impact on the capital, art, food, drink and more.  Take your pick and book your place

And don’t forget to look at the Cityread website for a London wide picture of what is going on this May.

After a little break, due to the refurb at Westminster Reference Library, ‘Art book of the month’ is back. Over to Nick… 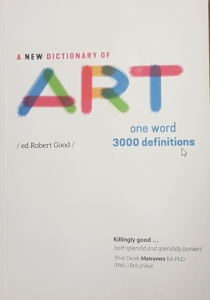 As befits our recent reopening of our ground floor this month (the first floor is due to open up in April so art books won’t be available until then), why not have a thought about what art actually is with ‘A New Dictionary of Art’ edited by Robert Good.

This is an interesting take on the question of ‘What is art?’ which presents over 3000 definitions of art compiled from both established sources and the internet.

These range from the straightforward – 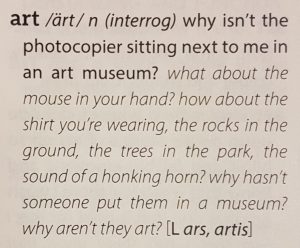 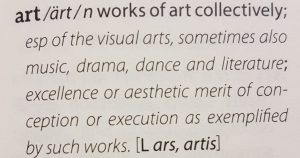 There’s a vulgar definition too, but it’s a bit cheeky for our blog. One of the joys about this books is how the work itself is very much a work of art!

Tagged a new dictionary of art, art book of the month, robert good