History is about facts while remembrance is about selecting and arranging these facts. As commemorations of the centenary of the beginning of World War I proceed, one is struck by how many current issues can be traced to the outcome of the Great War. 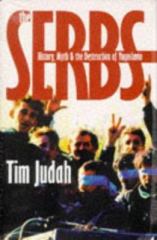 As part of the Author Event Series at St John’s Wood Library, journalist and author of The Serbs Tim Judah, who covers the Balkans for The Economist, presented on Thursday 20 March a talk entitled ‘1914 And All That: Who remembers what and why? Bosnia, Ukraine and Gallipoli’. With illustrations and photographs, both historical and recent, Mr Judah shared stories with us about places that opposing sides have tried to “own” to commemorate their own causes.

An example from Bosnia Herzegovina:
At the street corner in Sarajevo from which Gavrilo Princip (terrorist for some, freedom fighter for others) shot Archduke Franz Ferdinand, heir to the Austro-Hungarian empire, in 1914, was Moritz Schiller’s delicatessen. Since it was time for lunch, he might have bought a sandwich before changing the history of the world. The shopfront had signs written in the Western alphabet but also in Arabic script and Hebrew letters reflecting the then multicultural population of Sarajevo.

In 1917 a monument commemorating the assassinated archduke and his wife was erected across the street from Schiller’s. Then, in 1918, following the collapse of the Austro-Hungarian empire and the creation of Yugoslavia, it was demolished.

In 1930 however a plaque was put up commemorating Princip, but many, including Winston Churchill, denounced it for lauding what they considered a terrorist act. In 1941 the plaque was prised off by the invading Nazis and their local collaborators, just in time for it to be presented to Hitler for his 52nd birthday.

After the war the building which once housed Schiller’s became the Museum of Young Bosnia, the organisation that wanted to rid Bosnia of the Austro-Hungarians. Tito’s communist regime also decided that Princip was a good example, not only of a freedom fighter against an occupying imperial force but also a hero to the workers’ cause, so he was much championed . However, during and since the 1992-95 civil war in Bosnia, when Serbs, Muslims and Croats fought against each other, Princip has not been everyone’s hero. The museum was closed during the siege of Sarajevo but has now reopened as one dedicated to the Habsburg period in Bosnia.

This year the city will be commemorating the 100th anniversary of the assassination and the beginning of World War I, along with the 30th anniversary of the Winter Olympics which were held there in 1984. It is especially happy to host the Sarajevo Grand Prix, an international cycling race in cooperation with the Tour de France, whose 1914 race began on the same day as the Sarajevo events. See ‘Sarajevo 2014’.

This site uses Akismet to reduce spam. Learn how your comment data is processed.