This week, Simon from Maida Vale is reviewing Berlin Finale by Heinz Rein.  The book is part of the genre of “rubble literature”, stories of soldiers and home-front survivors trying to pick up their lives again in the rubble of a destroyed Berlin.  Over to Simon… 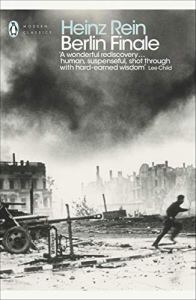 I recently read Berlin Finale by Heinz Rein. It covers the last two weeks of the second world war in Berlin as the red army closes in on the city. I believe that the writer, Heinz Rein was a resident of the city at the time so the book is a fictional account of the horrors he would have experienced at first hand. The focus is on the resistance movement in the city, such as it was. It starts with the character of Lassehn who enters the bar belonging to Klose.

Lassehn has deserted the army disgusted with the way the war is going and the behaviour of the Nazis. He is taken in and sheltered by the owner of the bar, Klose, who gradually introduces him to other Berliners opposed to the Nazi regime. Lassehn had been married to a young woman he had met on leave two years before, so he attempts a reconciliation with her.

The book is very evocative of the nightmare of total war and the end of the world environment of the bombed out and hostile city which is being targeted night and day by the British and American air forces. The writer gradually introduces more and more characters as the novel progresses who typify the various degrees of political thought from the anti Hitler characters who desperately want the war to end  soon and the Russians to defeat the Nazis, to the most virulent hate filled Nazi fanatics who are still loyal to a doomed and despicable ideology.

The story is interspersed with some of the ridiculous articles from government endorsed newspapers and proclamations from the Nazi hierarchy like Goebbels and Robert Ley, which paint a totally absurd story of the certainty of a last minute victory by the use of mythical wonder weapons or the arrival of non-existent relief armies.

As we know the city was “liberated” by soviet troops by the beginning of May 1945. At the time the book was written there was no inkling of the division and misery the city had to endure for the next 44 years.

Having recently visited the city of Berlin it added another layer of interest in visualising the scenes described, and indeed the city still bears the scars of the events of 75 years ago.

I believe this book has been relatively unknown and may have only been published in the English translation in 2019 as it says in the publication details, but unfortunately there is no forward about the author or publication story. At 661 pages it is an epic story but one which I found easy to read and it is a real page turner. The writer is excellent in describing characters and their motivation and brief history in a relatively economic way and I think with a greater audience it will be hailed as a classic of literature and I urge you to read it.

I think it was ordered by Nada at Maida Vale Library for our collection of classic European literature. Good choice Nada!

Berlin Finale is available to borrow in our libraries.  You just need your Westminster membership card, or if you are borrowing online, just your membership number.  If you are not a member, it’s super easy to join over here.

Beginner’s guide to the gym

Whether you are a complete newbie, or just out of practise, we have some great resources to help you get back to the gym. 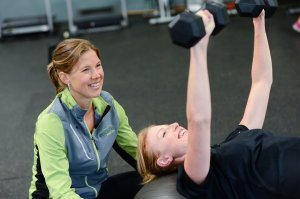 An easy-to-follow session to get you going.  This Workout for Beginners is full-body and only eight moves, but very effective.

Livestrong has this great and very straightforward  beginner workout plan for women.

Nuffield Health offer these beginner workouts to help you feel confident and get the most out of your gym time.

Just got your first gym membership?  Ryan King, Senior Strength and Conditioning Coach at the English Institute of Sport, gives you the lowdown on how to hit the ground running and get the most of your first few visits in this video.

Posted in Health and Wellness

Our Book of the Week this week is A House Through Time by David Olusoga and Melanie Backe, which looks at British history through the lens of our homes. We have put together a list of similar non-fiction titles for you to look through and enjoy. Happy reading!

Black and British, by David Olusoga

Published to accompany Olusoga’s BBC 2 series of the same name, Black and British calls for a re-examination of our nation’s history. Olusoga’s work illustrates how Black British history is all around us and has been for thousands of years. From Roman nobility, to medieval courtiers, to modern day street names, black and white Britons’ intertwined past is laid bare for all to read.

The Anarchy, by William Dalrymple

In his in-depth examination of the East India Company, Dalrymple charts the transformation of the organisation from multinational trade company to aggressive colonial army. Within 40 years of its inception, the Company had amassed a security force of over 200 000 men, using them to subjugate the entirety of India by 1803. The Anarchy reveals the horrific exploits of the first global corporate power for a chilling account of Victorian colonialism.

Love in the Blitz, by  Eileen Alexander

Told in letters, Love in the Blitz illustrates the lives of a couple, Eileen and Gershon, torn apart by war. Although Gershon’s letters have been lost to history, Eileen’s remain as a testament to their love. These letters are an incredibly intimate portrayal of life in London during WW2, particularly as they so eloquently illustrate the lives of women living and working during the Blitz. This is a must-read for any fan of wartime history, providing an inside perspective into the realities of living and loving through war. 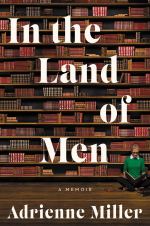 In the Land of Men, by Adrienne Miller

This fiercely personal memoir is Miller’s account of coming of age as a woman writer in the journalism industry. Miller was hired as an editorial assistant in her early twenties at GQ, dealing with misogyny and the unquestioned authority of powerful male egos on a daily basis. Miller’s book charts her journey to the top of her industry, making it an empowering read for any woman wanting to push the boundaries of her glass ceiling.

Some of these books are available to download from our cloudLibrary here.  All you need is a Westminster library card and if you are not a member, don’t worry,  just click here – it’s completely free to join and use our resources.

Posted in book of the week, Books, Staff picks

Children’s book of the week: Daisy 006 and a Bit

Daisy: 006 and a Bit by Kes Gray, illustrated by Nick Sharratt is the story of Daisy, who was first introduced as the pea-refusing star of ‘Eat Your Peas’.  There are now over fifteen Daisy books, including this one where she wears a moustache and joins the Secret Service.

Check out the author Kes Gray reading ‘Daisy: 006 and a bit’  over here.

If you’re wondering who Jack Beechwhistle is, or if you’ve forgotten the name of Dylan’s snake, this is a fun way to find out.   Click here to find out more about Daisy over here. 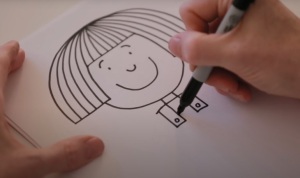 The lovely Nick Sharratt shows you how to draw Daisy, line by line, in felt tip over here. 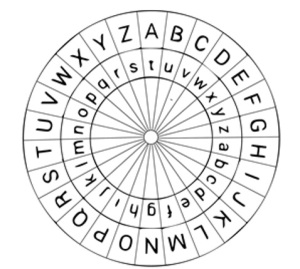 How to make a Caesar wheel 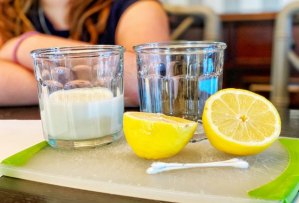 How to make invisible ink

Another way for kids to send a secret message is to experiment with invisible ink.  Here are some great ideas for creating hidden messages.

Posted in book of the week, Children / Teens

This week we are talking about running. The benefits of Cardiovascular exercise are numerous, from enhancing mood to strengthening bones, it’s something we should all try to fit into our lives.   Here are some resources to help you get started. 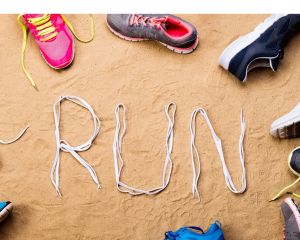 Taking up running can seem like a scary prospect, especially if you feel out of shape or unfit.  This NHS Couch to 5K will help you gradually work up towards running 5K in just 9 weeks.

Even if you have never run before, follow this straightforward plan for beginners to run 5K without stopping in just eight weeks.

The Fat Girls Guide to Running is the world’s only running resource and support website specifically designed to cater for larger women.  They don’t mind how you describe yourself, large, plus-size, overweight, curvy, chunky, voluptuous or simply FAT, the message is the same, if you want to run you should be able to and you should be able to have safe and positive experiences while doing so.  Click here to find out more.  You can even join hundreds of plus-size runners in their monthly virtual 5K.

Julie is the plus-sized marathon runner from East London behind the global Too Fat to Run? movement which helps women survive and thrive in the sport of running.  This talk encourages women to ditch the diets and their fear of judgement and instead focus on true health and happiness, and living a life full of adventure.

Posted in Health and Wellness

Tagged Couch to 5k, fitness, healthy at any size, running, running training, Too Fat To Run